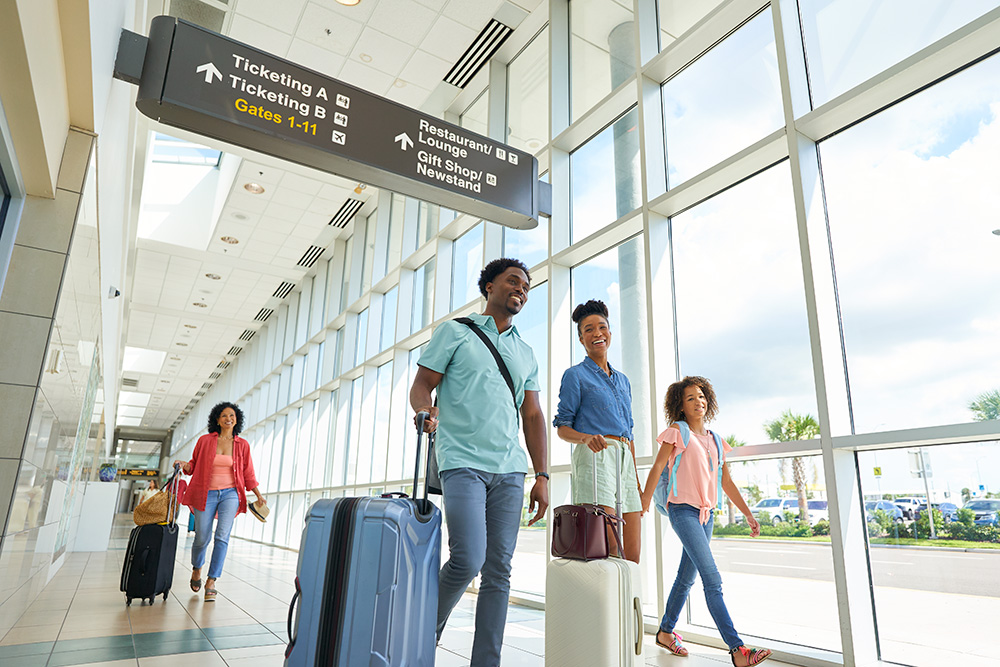 PIE is always adding great cities to the route map. Take a closer look at 5 of our newest destinations: Key West, Wichita, Akron-Canton, Toronto and Hamilton.

On November 19, 2021, passengers started flying from St Pete-Clearwater to Key West onboard Allegiant Airlines. Reliable service and low cost fares make it even more appealing to skip the long drive to the southernmost city in the U.S.

“With its year-round sunshine, incredible beaches and attractions, Key West is one of the most sought-after destinations in the U.S. right now,” said Drew Wells, Allegiant’s senior vice president of revenue and network planning.

Key West, FL is known for its spectacular tropical lifestyle, including diving and snorkeling, fishing charters, a vibrant arts scene, colorful locals and nightlife. Key West has something for everyone. Visitors can discover a spectacular undersea world with wreck and reef dives or stroll world-famous Duval Street, filled with shops, bars and restaurants. And everyone falls in love with the historic B&Bs and inns that add to Key West’s unique charm.

Located in the heart of the country and the southern part of the state, Wichita has attractions and museums; over 1,200 restaurants; the seventh-largest zoo in the United States; and a scenic location on the Arkansas River. It also offers great locations and accommodations for meeting planners.

“More than ever, travelers are looking for nonstop flights to their vacation destinations,” said Wells. “We are thrilled to offer Wichita residents point-to-point service without the hassle of connections or layovers.”

Twice-Weekly Flights to and from the Buckeye State

“St. Pete-Clearwater is one of the most popular destinations in Allegiant’s network,” explained Allegiant’s Wells. “This new route will give our customers in Northeast Ohio an affordable, convenient travel option for their vacations to one of the hottest markets in Florida.”

Floridians traveling to Ohio for business or pleasure will also appreciate the convenience of non-stop service whether they are visiting Akron or its not-so-distant cousin Canton.

Akron is more than LeBron James’ hometown. It’s a cool city with a thriving restaurant scene, symphony, zoo and art museum. Another cool thing to do is catch the Cuyahoga Valley Scenic Railroad to Cuyahoga Valley National Park for an experience that feels worlds away.

Canton and the Stark County region also offer natural areas perfect for hiking, biking, canoeing, kayaking and more. The First Ladies National Library is also in Canton, as well as a wealth of museums. But what Canton may be most known for is the Pro Football Hall of Fame. Fans can get immersed in football culture as they explore “The ELEVEN,” a series of 11 pieces of world-class art placed throughout the city’s downtown that celebrate the greatest moments in the first century of pro football.

If that isn’t enough, then come for the craft beers and jojos — seasoned potato wedges that are a local delicacy.

This travel season, Canadians looking to enjoy the beaches and culture of St. Pete-Clearwater, as well as the theme parks and entertainment in Tampa and Orlando, can fly direct.

Likewise, these two Canadian border cities have a lot to offer visitors from Florida. Toronto is a diverse and cosmopolitan city of museums, outdoor festivals and sports, and whose skyline features the unmistakable CN Tower. In Hamilton, your must-dos include the Royal Botanical Gardens, Hamilton’s Beachfront and Dundurn Castle. Hamilton is also only about two hours from the power and majesty of Niagara Falls.

By continually adding to its growing list of destination cities, St. Pete-Clearwater International Airport is always striving to serve its passengers better and get travelers where they need to go with ease. Browse the Allegiant, Sun Country and Swoop routes that fly through PIE and start planning.